By Brandy Thompson on December 21, 2022 in Uncategorized

Physical custody refers to where the children primarily live. The parents can share physical custody, which means it is “joint” physical custody. A child does not live with a parent simply by visiting their house. Instead, the child must live there for a period of time. There is no specific amount of time under Michigan law.

There are several factors that determine when a child should live with a parent or both parents. Without a magic formula, it depends on each case. However, speaking generally, when parents do not agree on physical custody, the judge will make that decision based on the child’s best interest.

Legal custody is the “decision-making” custody. This type of custody can also be “sole” or “joint”. Important decisions related to education, health, religion and activities are decided by parents with legal custody of their children. It refers to the major decisions that we parents make rather than the simple, day-to-day decisions. Some examples of those major decisions include schooling, religion, elective medical procedures, getting a drivers license and vaccinations.

In another blog post that our team made, we discussed sole custody in Michigan. The post clarifies that “sole custody” could mean “sole physical”, “sole legal” or “sole legal and physical” custody of a child. This can be confusing, but the Kronzek Firm can help you interpret your custody agreement and help advocate for changes that you would like to make. Our family law lawyers have done this hundreds of times over the past decades.

Even if one parent has sole physical and legal custody, the other parent likely has parenting time. Parenting time, which used to be call visitation, can take many forms. Most of the time, a parent without custody can still see their kids on specific dates or times.

From Mason to Lansing to Okemos, the Kronzek Firm tackles difficult custody cases! If you are searching for guidance, you have come to the right place. Call 866-766-5245 to schedule a meeting with one of our attorneys. We are here 24/7 to help you with a crisis situation, too!

View all posts by Brandy Thompson →
Holiday Headaches: Post-Divorce Parenting Around the Holidays
Fact or Fiction: Divorce Spikes in January 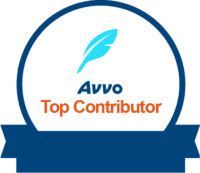